Baby It's Cold Outside….

This is so appropriate right now, because the thermometer on my phone says it is 13 degrees outside and dropping. Kentucky gets cold, but not normally this cold. Next week we're supposed to be in the negative at night! BRRR…..

Luckily for me, I'm writing a couple of hot scenes. The following is from an untitled story related to my Lost and Found series.


They made it through dinner, packed up the few leftovers and left. Flynn felt like a schmutz, ruining their date the way he had.
“I’m sorry,” he told her, holding the truck door open for her.
She glanced at him and frowned. “I’m not. I had a lovely dinner with you.”
Flynn leaned between the door and the frame, needing to explain.
“Crowds mean danger to me.” He flicked his gaze back to the restaurant. “There were twenty-three people in there, possibly too many for me to take on alone.” He couldn’t help but grin. “But I would have done my best.”
Willow laughed at his bravado and reached out to hold his cheek. Flynn forced himself to stand, unmoving, as she caressed the bristly beard down to his chin, and he felt obligated to be blunt. “I’m not a regular guy, Willow. I can’t take you out dancing or to a county fair without planning exit strategies and collateral damage. I’ve been stateside for three years now, but I still live as if I’m in a warzone. To some extent, I probably always will. I don’t know that anything will ever change that. And I don’t know that that would be a good environment for you.”
She raised a brow at that.
“Do you see me pulling away? Cringing at what you do?”
She waited for him to shake his head.
“Did I not give you the back-up you needed for that situation?”
He stared at her, shaken that she could understand the fear he did not want to give name to.
“Dancing is overrated," she continued, "although we may have to work on the county fair. That’s one thing I simply cannot miss. I love animals more that people, so as long as you make an effort every once in a while to get out, I think we’ll be fine.”
Leaning in, she pressed a soft kiss to his lips.
Flynn felt like he was drowning; in her scent, her taste and the emotion she stirred in him.
He opened his mouth to taste her, and a visceral need erupted. It had been so long since he’d been with a woman, but he didn’t even think that was it. It couldn’t be just any woman. Willow had been the one taunting him in his dreams for so long.
Saving him from himself.
She tasted of Italian herbs and lemon. Angling his head, Flynn forced her mouth wider, needing to taste everything she had. She met him move for move. Fingernails dug into his ribs, then burrowed beneath his shirt to his skin. Flynn shuddered at the first intimate touch he’d felt in years. Her hand moved across his ribs and brushed his pectorals.
He stepped closer, unable not to. One of her hands drifted down to his ass cheek and squeezed, and he hardened to the point of pain. Oh, hell...
The hairs on his neck rose, and he realized how exposed he was, kissing her out here on the street. With a final, lingering nibble, he pulled away. He scanned the surroundings, but didn’t see any immediate threat. Circling the truck hood, he slid into the vehicle.
Willow had dragged the seatbelt across her midsection, but still looked a little dazed. Flynn grinned at her hazy expression. “Are you okay? You look a little flushed.”
She gave him a smack on the arm. “Can I help it if I’m recovering from one of the hottest kisses I've ever had?”
Flynn swallowed and looked at her, trying to decide if she were bullshitting him or not. She looked totally sincere. And aroused. The erection he’d been trying to tame renewed, making him shift uncomfortably.
Willow leaned toward him with a satisfied look on her face. “Yeah, I’m not the only one, am I?”
Grinning with her, he started the truck and shoved it into gear.

This book won't be out for a couple of months, I'm sorry. But I've got a couple of free downloads of my book Embattled Minds for anyone who tells me about the hottest scene they've read recently. And if you bounce along on the rest of the hop, you can be entered to win a Kindle, a Nook, gift cards and book downloads! A pretty awesome way to spend a chilly weekend if you ask me! Just click on the fireplace to be taken to the list.

Also, if you need another FREE READ, you can check out the prequel novella to my Lost and Found series, HERE.
Posted by JM at Thursday, January 02, 2014

I was hooked after reading 'The Embattled Road'. Can't wait for the next book.

I do have to say this is one of the best run/user freindly blog hop I've ever seen. Congrats to all of you.

As for your cold weather. Cold here too but at least you have your writing to keep you warm
:D

If I want really hot scenes I usually pick up Cynthia Sax, if I need darker Claire Thompson or Skye Warren.

Hi Ladies! Thanks for stopping!
Diana and Brenda, I agree! Awesome hop! I've done it with this group several times, and I keep doing it because it's so easy for the readers, like Rosebud said.
Anonymous, thank you very much!
LWF, I hate to admit I've only read Skye. I'll have to check out the others!

It is a great hop and wishing you much success with it. I'm having fun hopping myself and meeting new authors and their books. Nice to meet new readers as well. :)

Hi JM! One of the hottest scenes that I have read recently was by Maddy Barone. It was right before they actually had sex. The hero is a shape-shifting, Native wolf and the heroine is a prostitute in a house protected by the wolves. The hero has just realized that the heroine is his pactmate, but she is geared up to receive a "visitor." Needless to say, that did not sit right with the hero's wolf side. The rest was pure entertainment.

Thanks for the great excerpt! Wishing you success in your endeavors!

Love finding new authors by doing this blog, my tbr list is getting longer

Although Zeke and Ember in Embattled Minds were also a recent favorite with their sweet swoon worthy romance!

I'm gonna have to go with the hot scenes I just read this week in The Marnie Baranuik Files Series by A.J. Aalto! They are seriously hot!!

I love the hot scenes. I read Shelly Laurenston/G. A. Aiken for some of the best hot love/sex scenes. Thanks for being part of the hop and for the chance to win. <^_^>
reneebennett35 (at) yahoo (dot) com

I'm getting alot of new author's to look up thanks I love reading.
bdsmith40@hotmail.com

You know, your comments are giving me more authors to look into. (Not that I need the distraction!!!) Thank you all for the wonderful suggestions. Maybe someday I'll be able to read guilt free, without pressing obligations...

Great teaser to your soon-to-be-released book!

I love the excerpt! I recently re-read Mari Carr's Any Given Sunday, and the ménage scenes upped my blood pressure. I like to go back to my favorite stories, and this is one of them. Good luck with the new release. Seems like it will be a winner. :)

i love the hero's upfrontness. Great excerpt. :) Thanks for sharing it! My TBR list is expanding on the hop as well...

It's so cold out here that fireplace looks really tempting right now!

:D Love your share! Get cracking on writing the rest! Can't wait to read it! :)

I know about the cold it was 6 degrees this morning when I took my furry babies out for a break...

I'm writing as fast as I can, ladies, promise!!! I love Mari Carr, and Maddy Barone is really something too. Thanks for the other suggestions! And thanks for stopping in ladies! Good luck winning!

Hey there lady... Don't count me for yours as I have all your books... LOL... You know I love me some Gunny John and all your marines :)Loved the excerpt can't wait to read it when its finished :) I have so many favorites so it is hard for me to choose just one. Thanks for being part of the hop.

the hottest scene i read was in a book that I got in the ravenous romance box set.

just discovered your work and can't wait to get into it.
(havenfieldwood@yahoo.com)

The fire scene in Eliza Gayle's Burned from the Purgatory Series was hot in more ways than one!
suz2(at)cox(dot)net

Thanks for the awesome excerpt. I do love a hot scene for these cold nights! Mari Carr is one of my favs!!
Mel
bournmelissa at hotmail dot com

Loved the excerpt! Can't wait for the book.

For super hot reads? hmm...Mandy Roth, Evangeline Anderson or Lynda Chance. I'm glad I discovered you though. Looking forward to adding you to my ereader.

My apologizes in advance if this question has been answered. Will we still be getting Chad's book Embattled Home? :)

Thanks for posting this info. I just want to let you know that I just check out your site and I find it very interesting and informative. I can't wait to read lots of your posts. pom hanging decorations pink blue baby party baby shower 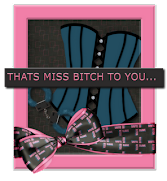